In 2014 IDC arranged a meeting between President Barack Obama and Middle Eastern Church leaders. This was the first gathering of its kind to occur.

IDC worked with Vice President Mike Pence to secure over $315 million in humanitarian aid for Christians in Iraq and Syria. Projects are currently being implemented on the ground in the Nineveh Plains. 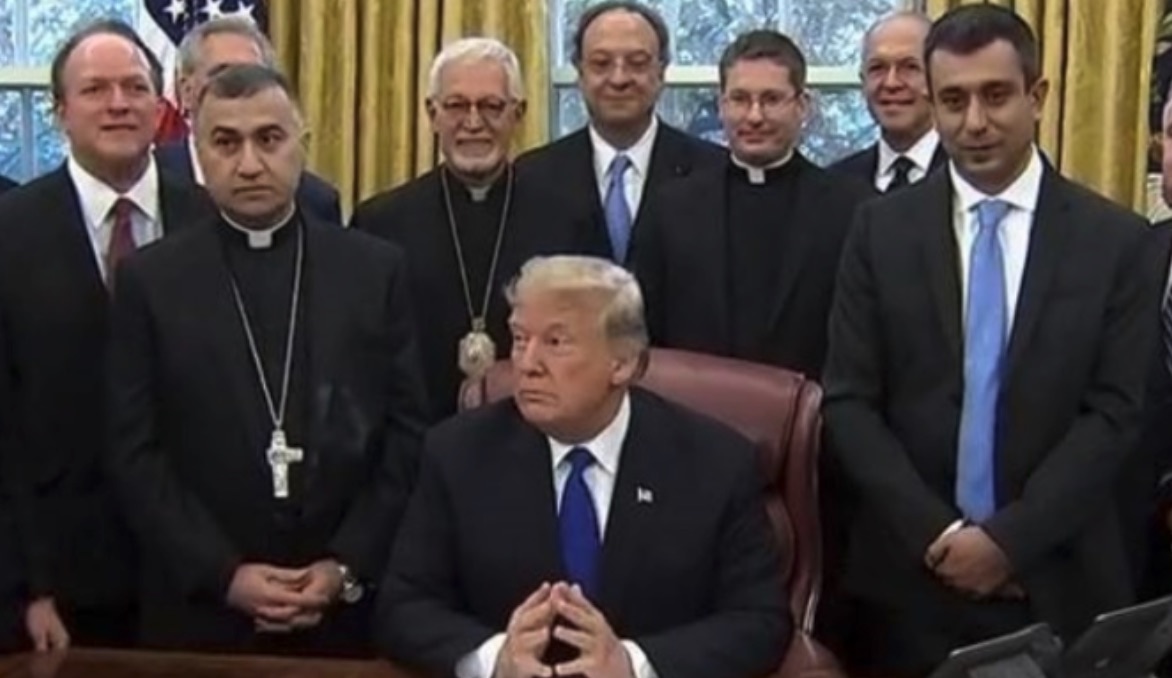 IDC worked with Congressman Chris Smith and Congresswoman Ana Eshoo to pass the 2018 Iraq and Syria Genocide Relief and Accountability Act, which established a new U.S. policy to directly aid Middle Eastern Christians who have survived the ISIS Genocide. 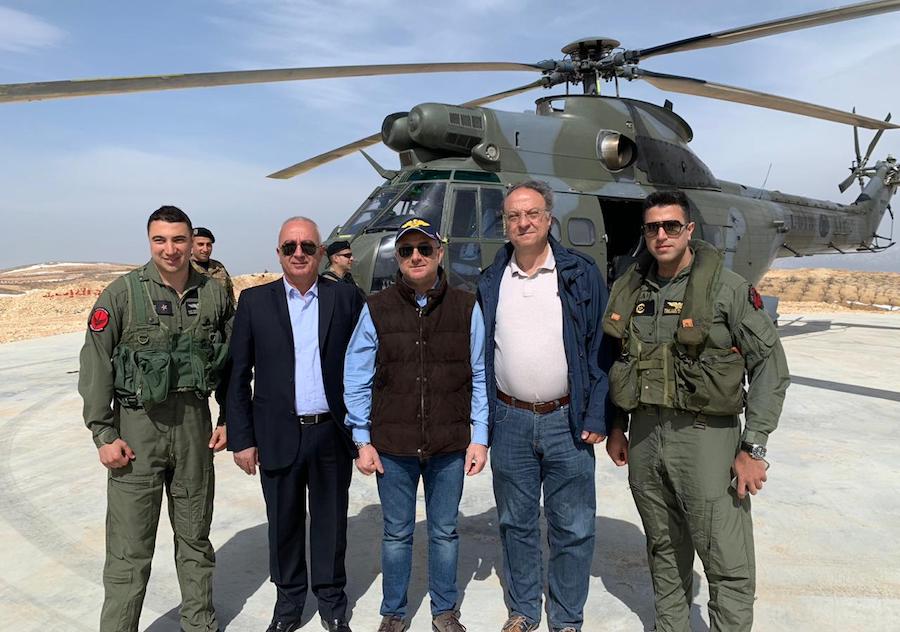 IDC has worked closely with the U.S. State Department, the Defense Department, and Congress to ensure continued U.S. security aid for the Lebanese Army, and programs that provide stability and security for Christian communities in Lebanon. 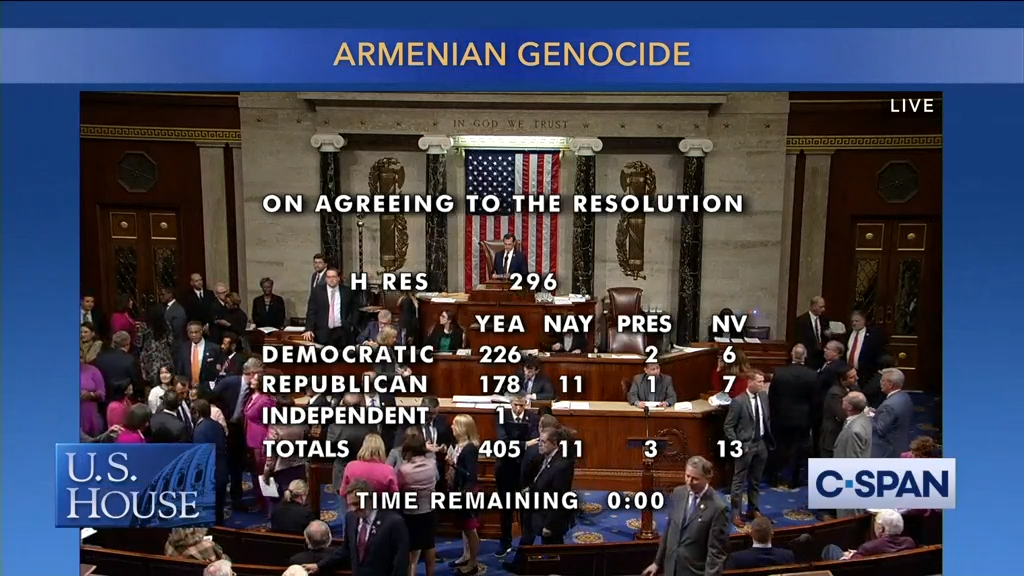 The House of Representatives overwhelmingly voted to recognize the Armenian Christian Genocide on October 29, 2019.

Shortly after, it was also recognized by the Senate.

IDC worked closely with the Armenian National Committee of America and Democratic and Republican Members of Congress to draft and pass Armenian Christian Genocide Recognition in the House of Representatives and the Senate. IDC is committed to ensuring recognition of this genocide, where over 3 million Christians were killed, every year in both the House and Senate. This includes Armenians, Greeks, Assyrians, Chaldeans, Syriacs, Arameans, and Maronites. 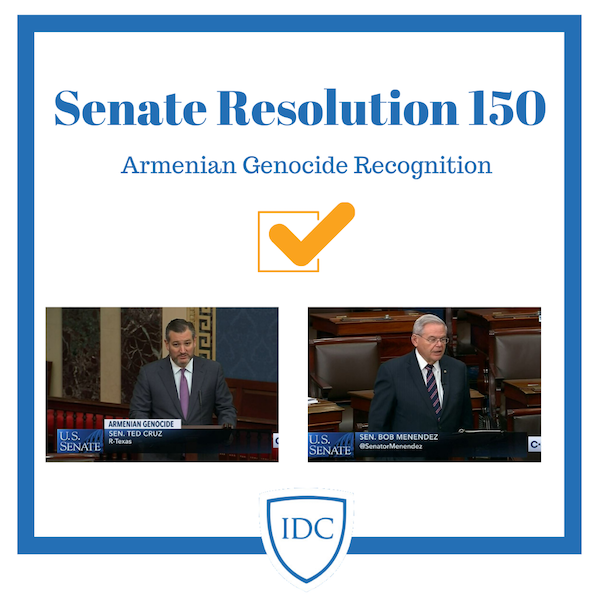 Senate passes S.R.682 to support Lebanon, the last haven for Christians in the Middle East 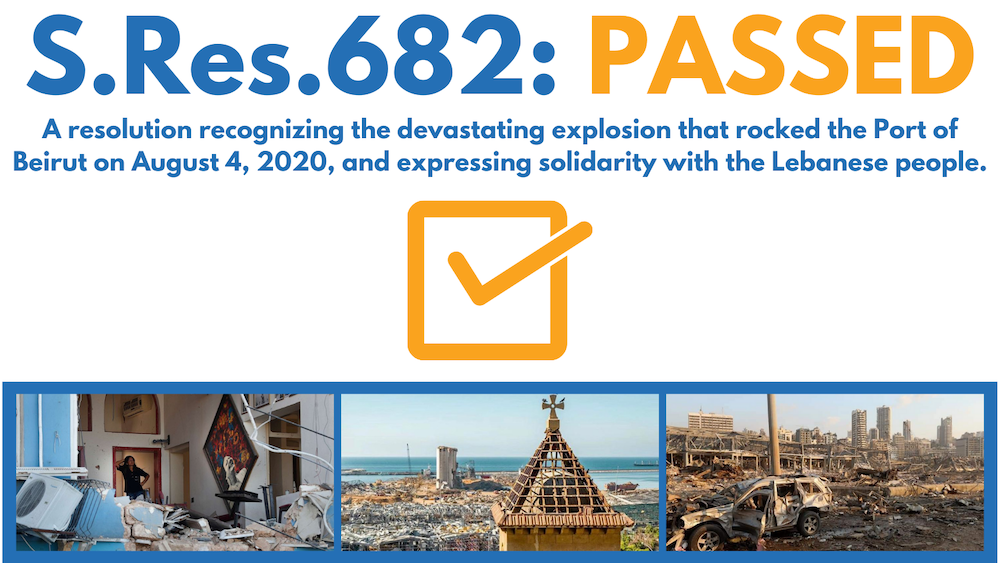 On August 4, 2020, Lebanon was rocked by an explosion at the Port of Beirut. The explosion took the lives of hundreds of people, displaced hundreds of thousands and caused billions in damages. In Defense of Christians worked with a number of Senators to ensure that S.R.682 was passed to support the last haven for Christians in the Middle East.

“This resolution expresses the Senate’s affirmation that U.S. assistance should be delivered directly to the Lebanese people following the recent explosion in Beirut. Further, it calls on Lebanon to conduct a transparent investigation into the cause of, and responsibility for, the explosion and to prioritize policies and programs that advance the interests of the Lebanese people.” 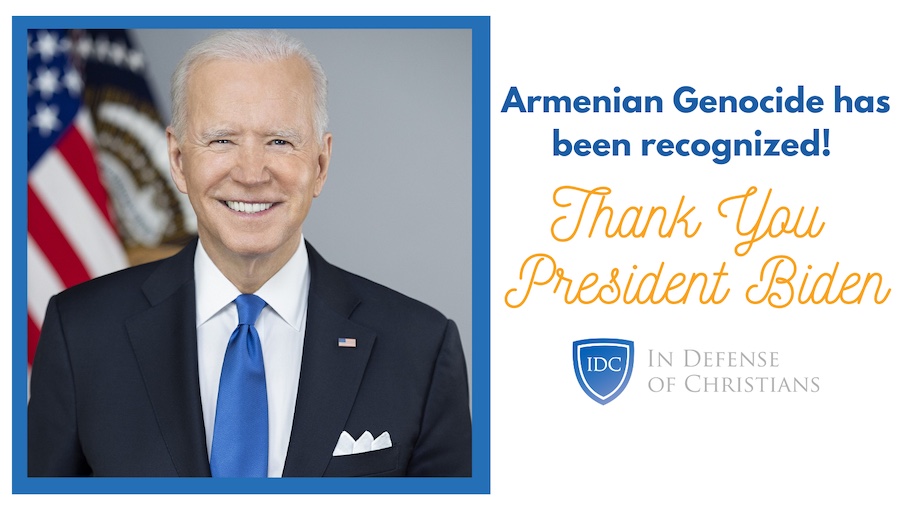 IDC commends President Joe Biden for becoming the first U.S. president to recognize the Armenian Genocide, the systematic killing of 1.5 million Armenians between 1915 to 1923. This historic recognition is a positive first step toward rectifying a historic injustice committed against the Christian faithful at the hands of the Ottoman Empire.IDC also remembers the additional 1.9 million Greeks, Assyrians, Chaldeans, Syriacs, Arameans, and Maronites who were also killed for their Christian faith.