Last month IDC members from around the world rallied in the United States capital for IDC’s Inaugural National Leadership Convention (NLC) titled “Mobilizing American for Christians in the Middle East.” From September 9-11 in Washington DC, over 300 IDC members from over twenty states and four countries experienced three energetic days of awareness, advocacy, and solidarity for Christians in the Middle East.
The NLC was launched with an open press event at the National Press Club to discuss “ISIS, Genocide, and the International Response.” Distinguished panelists included Dr. Katrina Lantos Swett of the United States Commission on International Religious Freedom, Dr. Gregory Stanton of Genocide Watch, Dr. Bob Destro of Catholic University School of Law, Dr. Aram Hamparian of the Armenian National Council of America, (Retired) Congressman Frank Wolf, and Kirsten Evans, Executive Director of IDC. Following the vigorous discussion on the international response to the treatment of minority communities in the Middle East, Congressman Jeff Fortenberry (R-NE) joined the panel to make a public announcement of the introduction of a new Congressional Resolution 75, decrying the genocide against Christians and other religious minorities in Iraq and Syria under ISIS. 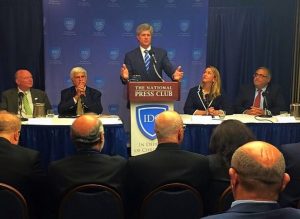 An ecumenical prayer service, led by Cardinal Donald Wuerl of the Archdiocese of Washington, Bishop Mansour of the Maronite Eparchy of Brooklyn, and Archbishop Oshagan Choloyan, Prelate of the Armenian Apostolic Church of the Eastern United States, followed the press event. A broad spectrum of religious and community leaders, including members of clergy from the Coptic and Eastern Orthodox churches, together with representatives of Evangelical, Protestant and Catholic denominations and rites participated in the prayer service. 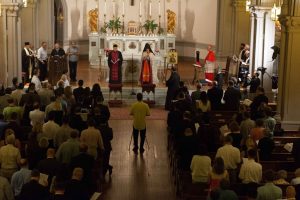 On Thursday, September 10th, NLC participants began the day early in the halls of the United States Congress. Over 25 members of Congress joined the NLC to address participants, driving home the message of both their commitment to the issue and the critical importance of the political mobilization of the diaspora and concerned communities. That afternoon NLC participants visited over 230 offices, urging policy makers to sign in favor of Resolution 75. To date, the resolution has amassed nearly 100 cosponsors and counting. Since September 9th, IDC has continued to be a highly effective advocate toward the passage of this resolution, together with the Caucus on Religious Minorities co-chaired by Congressman Fortenberry and Congresswoman Anna Eshoo. 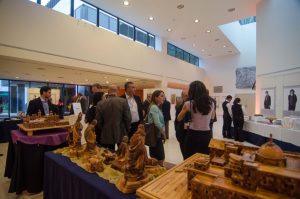 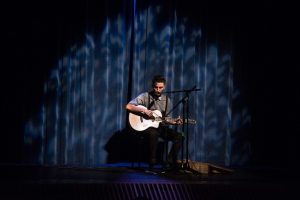 The event at the French embassy showcased olive wood art from the Holy Land and a musical performance by Assyrian-American and mini-YouTube star Douglas Adnan Bako.

Noteworthy events on Friday, September 11th included two conferences, one featuring personal stories from people in the Middle East and the other focused on closing the cultural gap between East and West, and a capacity building workshop led by IDC and its partner the Keelan Group offering strategies for launching and growing an IDC chapter in your local area.
The NLC concluded with IDC’s Annual Solidarity Dinner at the Hyatt Regency on Capitol Hill. Over 500 people were in attendance at the gala, where distinguished speakers included: Carl Anderson, Supreme Knight of the Knights of Columbus; David Saperstein, US Ambassador-at-Large for Religious Freedom; and His Beatitude Ignatius Youssef III Younan, Patriarch of Antioch for the Syriac Catholic Church. Dr. Thomas Farr, Director of the Religious Freedom Project at the Berkeley Center for Peace and World Affairs, was presented with a lifetime achievement award for his many years of service in the fight for international religious freedom. 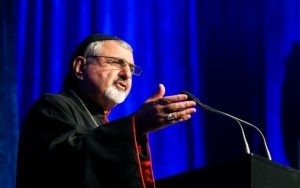 Patriarch Younan giving a heartfelt talk on the situation affecting his people and his homeland of Syria, as well as other Christians in the region.

Supreme Knight Carl Anderson spoke of the different ways international organizations have been helping Christians and other minorities in Iraq and Syria. 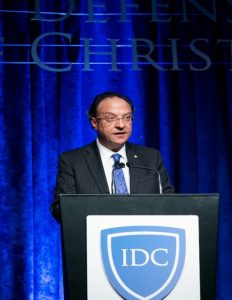