On Friday, IDC President Toufic Baaklini and Senior Advisor Andrew Doran had an audience with His Holiness Aram I Keshishian, Catholicos of the Holy See of Cilicia of the Armenian Apostolic Church.

His Holiness expressed grave concern for the Christian community of Aleppo, which remains in the crossfire of violent conflict. He said that Christians and Muslims had lived side by side in peace for centuries in Aleppo, and expressed sadness at seeing Christian communities unraveling and “so many lives imperiled.”

His Holiness called on all nations, particularly the United States, to protect the richness of Aleppo’s multi-faith legacy, which is also a model for peace in the region. He also called on the international community to deal more swiftly with ISIS and to root out its ideological and financial sources.

His Holiness expressed his gratitude for IDC’s awareness, advocacy, and humanitarian work on behalf of the Christians of the Middle East.

On Friday, May 8, the Hudson Institute hosted a conference in New York City on “The Islamic State’s Religious Cleansing and the Urgency of a Strategic Response.” IDC Chicago Chapter Secretary Reine Hanna attended the event.

The keynote speaker, Cardinal Dolan, praised IDC’s Inaugural Summit in his remarks. One of the panelists, Mark Movesian, also wrote a fierce article for First Things in which he defended IDC’s mission.

Hanna said that it was “a great honor” to meet Cardinal Timothy Dolan and Bishop Gregory John Mansour, whom she described as “two outspoken advocates for Christians in the Middle East.”

Keyrouz said that it is vitally important for the United States to recognize the Armenian Genocide for what it was: a targeted attack on a Christian minority population in Turkey and the first genocide of the 20th century.

She noted that there are two main reasons why such a recognition matters today: first, the United States is a leading superpower, so it could set a powerful example for other countries to follow; second, acknowledging the crimes of the past can help prevent history from repeating itself.

Keyrouz also observed that the Armenian Genocide is a particularly timely topic because current events in the Middle East appear to be leading to another genocide in which Christians are once again the target.

The interview can be viewed here: http://youtu.be/TshyoLmWpQc 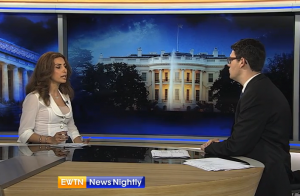 On May 11th IDC Executive Director Kirsten Evans and IDC Senior Advisor Jordan Allott were invited to address young professionals of the Catholic Diocese of Arlington Virginia on “Struggle to Survive: Christianity in the Middle East.” The venue, called Theology on Tap, is a monthly lecture that gathers young Catholic activists from around the Washington metropolitan area to become informed about issues of relevance to faith and policy. Kirsten and Jordan spoke about the history of Christianity in the Middle East, the complex situation of Christian minorities in the twentieth and twenty-first centuries, and specific ways the Catholic community can be engaged and influential on the topic in their communities and politically. An estimated 200-300 Catholic young professionals attended the event. 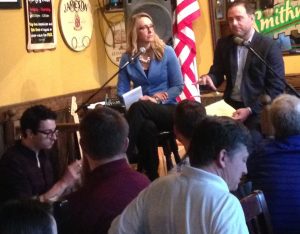 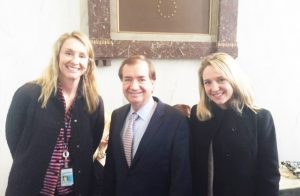 Christian refugees from the Assyrian Church of the East continue to flood into Lebanon from Syria. According to Assyrian Father Yotron Ghilyani, 350 to 400 Assyrian families have fled Syria for Lebanon so far – about 1,600 people in total.

Once in Lebanon, the refugees rely entirely on the Church and on the good will and generosity of friends and extended family in order to survive. While the Lebanese government grants refugees one week of legal residency, the Church has been able to get them a six-month extension, which normally costs $200 per person, for free.

During that time, the law does not allow refugees to get a job, so they stay with friends and cousins who provide for them out of their own resources.

IDC’s support has been crucial and much appreciated during a time of such vulnerability. As our fellow Christians face the daunting prospect of starting over and providing for their families in an unfamiliar land, the donations and prayers of IDC supporters will continue to make a great impact for good. 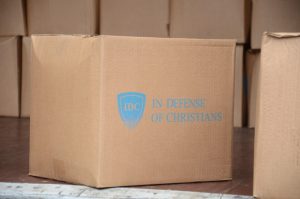