IDC at the National Apostolate of Maronites (NAM) Conference

From July 6 to July 10, several members of the IDC team attended the National Apostolate of Maronites (NAM) National Convention. IDC’s President Toufic Baaklini spoke about the accomplishments of IDC and its supporters since the 2015 National Leadership Convention. He said, “Since 2014, when IDC began, we have been leading the effort to mobilize Christians and people of good will around the world to protect and preserve Christianity in the Middle East.” He continued, “At our first Summit, which many of you attended, we facilitated a historic meeting between five of the Eastern Patriarchs, including His Beatitude Patriarch Rai, and President Obama as well as over 30 Members of Congress to discuss the future of Christianity in the Middle East. Since then, our organization has led the effort to make the United States government break their silence on the ISIS genocide.” Baaklini emphasized the historic victories that have been achieved and gave the audience a strong call to action for what remains to be done. He also spoke about the impact of the Syrian refugee crisis on Lebanon, a country that has more refugees proportionally than any nation in the world. Lebanon has welcomed Syria’s refugees with profound generosity, to the point where refugees now number 25% of Lebanon’s population. He called on the United States to work with the international community and regional partners to assist with the resettlement and repatriation of Syrian refugees to their nation of origin in coordination with UNHCR and other humanitarian organizations. 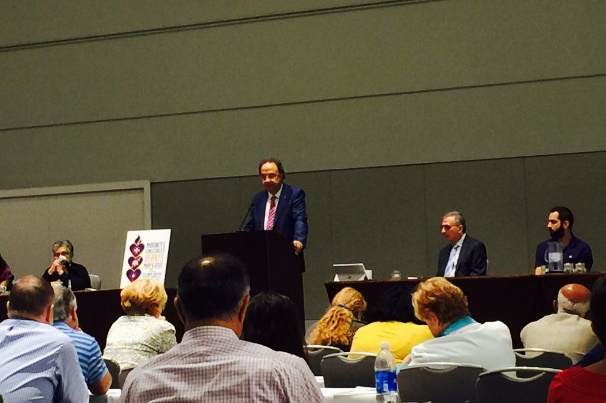 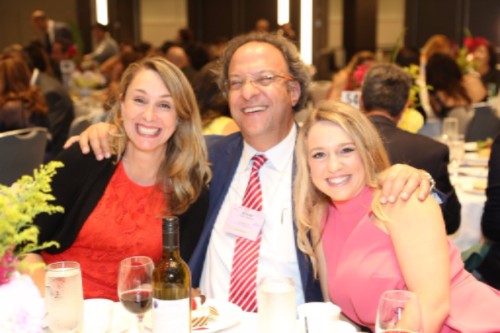 On July 1, His Beatitude Mar Bechara Peter Cardinal Rai, Patriarch of the Maronite Catholic Church of Antioch, discussed the struggles of Christians in the Middle East. The conference, “One Church of Mercy,” was hosted by Annunciation of the Blessed Virgin Mary Catholic Church and drew approximately 200 attendees.  The event was an effort to shine a spotlight on the persecution of Christians and other minorities in the Middle East. The Cardinal discussed the on-going struggles in the region. He explained: “…most of the Christians in Iraq and Syria were either killed or displaced… despite the fact that Christians never took sides in the international, military ethnic or racial conflicts.” The Cardinal also discussed prospects for the region and highly recommended that nations in the region adopt the model of his native Lebanon. IDC Executive Director Kirsten Evans spoke at the conference, discussing the need to grow awareness efforts and advocacy coalitions among all Christian communities and across church boundaries. 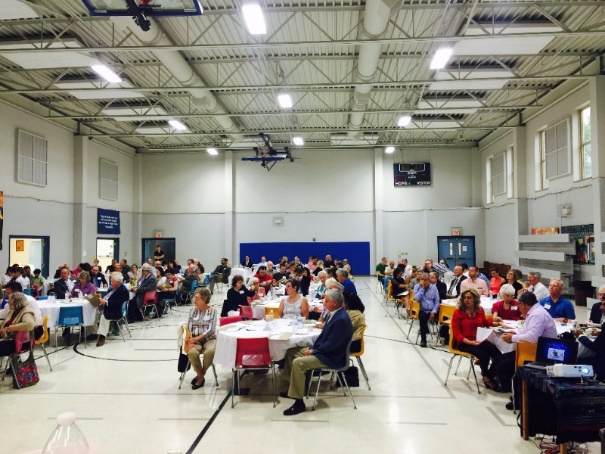 The attendees of the conference. 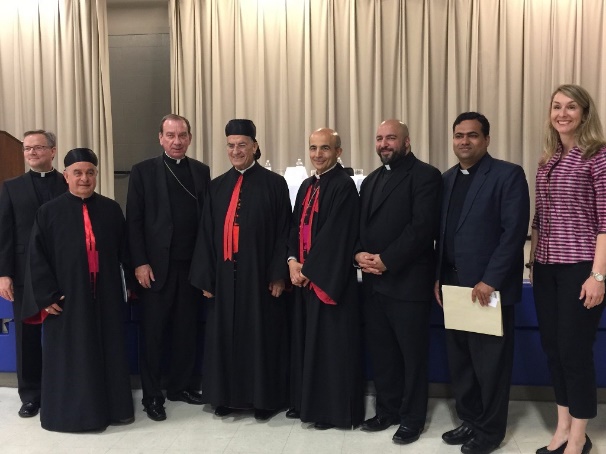 The Greater St. Louis Area Chapter was recently founded with the lead of the Chapter’s Chairman, Deacon George L. Kourieh. He established the Chapter by first participating in an ecumenical prayer with the Syriac people of Malankara-India, including the Bishop of Malankara-India, Father Dr. Sharbel Bceiry of the Saint Afrem Syriac Orthodox Church, Father Samer/Yacoub Youhanoun of Saint John the Baptist Syriac Orthodox Church, as well as other Syriac priests. Kourieh earned the title of having one of the most active Personalities in Chicago of 2015, even though he had 2 back surgeries in 2010 that left him disabled for about 5 years and is currently partially disabled. 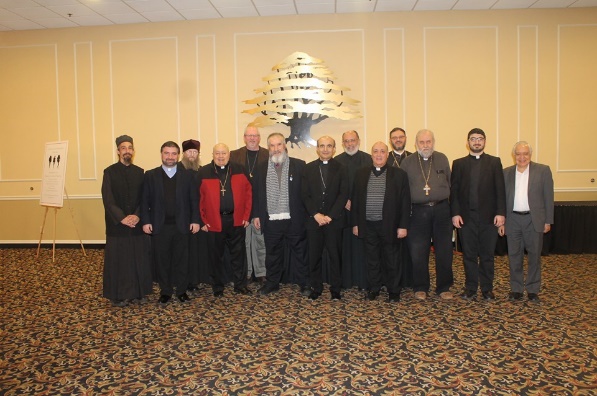 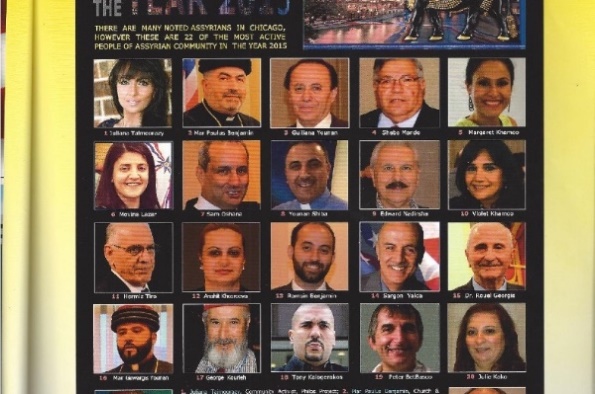 In the Assyrian Yellow Pages of 2015, George L. Kourieh was named as having the seventeenth most active Personalities in Chicago of 2015.

On July 27, Evans discussed the murder of the 84 year old French parish priest, Jacques Hamel, in Rouen, Normandy, by 2 Muslim militants associated with the Islamic State who stormed the church during morning Mass. “Christians are being targeted in this conflict with radical Islam because of their identification with the West. ISIS has made very clear and public statements that their intention is the eradication of Christianity. That was one of the reasons why we were able to get the genocide designation approved and recognized in the United States. It was not just because of the actions of ISIS but because they are publicly saying our intention is the eradication of Christianity.” You can also click here to read IDC’s statement on the death of Fr. Jacques Hamel in France by ISIS.

In its section on Christian persecution, Philanthropy magazine highlights the work of IDC and its President Toufic Baaklini, as the Lebanese American who founded IDC, a nonprofit advocacy group for Christians in the Middle East describing how in no time IDC managed to create and release a 278-page report that noted the atrocities done on Christians by ISIS, such as killing more than 1,100 Christians, attacking churches, and selling Christians and Yazidis as sex slaves. Eight days after release of this Genocide Report, Secretary of State John Kerry declared these atrocities as genocide. 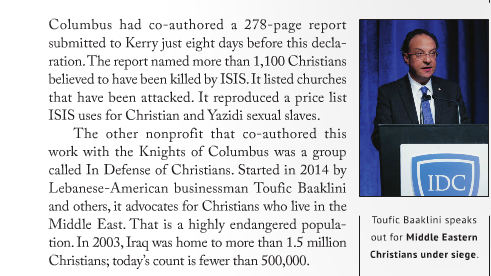 
IDC New York Chapter Holds a Screening of ‘Our Last Stand’ documentary at the SVA Theater in Manhattan on August 19.

IDC NY chapter led by Julien Chemali will host a screening for IDC Senior Advisor Jordan Allott’s Documentary “Our Last Stand”,at the SVA theater in Manhattan, on August 19 at 7:00 pm. The event will start with a reception followed by the film screening and a Q&A session in the presence of IDC Director of Media and Communications Ninar Keyrouz who will discuss the role of media and film in raising awareness, as well as discuss IDC’s upcoming convention in September. If you live in the Tri-state area of NY, NJ, and Connecticut and would like to attend the event, please RSVP here.

On August 20, IDC Senior Adviser Jordan Allott, Director of Media and Communications Ninar Keyrouz and Assyrian American Activist and Producer Helma Addeh will be present at the Revolution Me Film Festival for the screening of ‘Our Last Stand’ and a Q&A session. 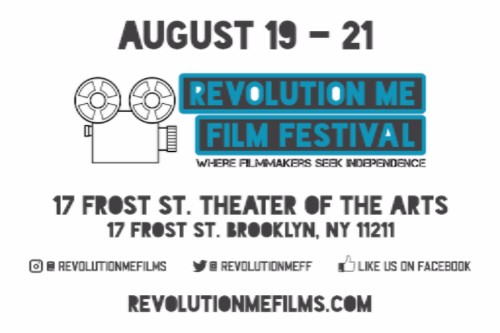 In september, the film will also be screened at the Saratoga Springs International Film Festival  in New York.

Join IDC and its Partner Organizations for a Three Day Convention: “Beyond Genocide: Preserving Christianity in the Middle East”

Stand in Solidarity with Christians in Iraq, Syria, Lebanon, and the entire Middle East. Join us for three days of advocacy, awareness, and mobilization. Let your voice be heard!

Please support IDC with a tax-deductible donation. Your generous support makes the work of IDC possible.