The extraordinary 2010 film Of Gods and Men, by the French director Xavier Beauvois, depicts the kidnapping and murder of nine Trappist monks in Algeria by Islamic fundamentalists in 1996. In one of its most memorable moments, an old tape machine plays Tchaikovsky’s Grand Theme from Swan Lake while the camera focuses on the monks drinking red wine as they contemplate their impending martyrdom.
The atmosphere of dread in that moment is matched by the abiding serenity of the Trappists, made all the more powerful by the fact that the events of the film actually happened.

Eight years on from the release of the film, there is now the added poignancy that the real-life monks depicted in the movie are soon to be beatified by the Church as martyrs and role models. It is a message of hope in the Resurrection for this Easter season and always.

Martyrdom, persecution and suffering remain a part of daily life for tens of millions of the world’s Christians, most so in North Africa and across the Middle East and the Holy Land. The beloved Martyrs of Algeria are not alone, as the ranks of Christian martyrs have been increasing every day, even as suffering Christian communities display fortitude and trust in the Risen Lord in the face of hatred and violence.

In 2014, the evil plague of the Islamic State (ISIS) brought death, persecution and displacement to most of the Christians of Iraq, in particular those in the northern city of Mosul and the Nineveh Plain. In North Africa, there was the powerful spiritual legacy of the 21 Coptic Christians beheaded on a beach in Libya by ISIS in February 2015. They died with the name of Jesus upon their lips and are now honored as martyred saints of the Coptic Church of Egypt.

With the defeat of ISIS, Iraqi Christians now confront the difficult decision of whether to return to what were once Christian enclaves in a Muslim ocean. Although there is still no guarantee of security in Mosul and the Nineveh Plain, Christians are heroically heading back to their rightful homes, with help from numerous governments and generous Christians around the world.

In an interview with Aid to the Church in Need, Archbishop Mar Nicodemus Daoud Sharaf, the archbishop of Mosul for the Syriac Orthodox Church, warned that even this modest progress is being threatened by a new wave of Muslim settlers who are taking over the Nineveh Plain.

According to the archbishop, the new settlers are Shiite Muslims. The Shiite forces that fought against ISIS in the area are now trying to take over the lands that have always belonged to Christians. Even worse, an office of the radical Islamic Dawa Party was recently established in the Nineveh Plain, bringing new pressures upon Christians. “Iraq will lose all its Christians,” the archbishop warned, “and with it our commitment to brotherhood and peaceful coexistence — the ancient and authentic legacy of our faith.”

With the same sense of urgency, Archbishop Bashar Warda, the Chaldean Catholic archbishop of Erbil, Iraq, recently told a gathering at Georgetown University, “We Christian people, who have endured persecution in patience and faith for 1,400 years, now face an existential struggle. It is possibly the last struggle that we will face in Iraq.”

What can Catholics do?

Archbishop Sharaf calls for international and national legal protection for the Christians of Iraq and sends a special plea for the Christians of the West. “Join hands with our Christian people in Iraq,” he said. “Please listen to us and urge your governments to provide support for us to keep our hope alive and give us the confidence that we will be able to live safely in this country.” Catholics can urge the Trump administration to fulfill the promise made by Vice President Mike Pence in October. In a speech at the In Defense of Christians Conference in Washington, D.C., Pence said that “the Trump administration is specifically focused on protecting Christians as part of its national-security agenda” at a time when persecution of Christians around the world has intensified but fewer Catholics seem aware of it. In a recent poll conducted by Aid to the Church in Need-USA, American Catholics say they are more worried about human trafficking, poverty, climate change and the global refugee crisis than Christian persecution.

That makes it more urgent to speak out about persecution and also to support the assistance programs of Catholic apostolates and organizations, such as the Knights of Columbus, who have committed $18 million to the cause of helping the Christians of the Middle East.

The annual Good Friday Collection held in most parishes is also vital to bringing aid directly to the Christians. This year, like last, it will be used to help people in the Holy Land, as well as Jordan, Cyprus, Syria, Lebanon, Egypt, Ethiopia, Eritrea, Turkey and Iraq.

There is likewise the task of standing in solidarity with our Christian sisters and brothers in prayer. They are suffering right now, and yet even after witnessing such staggering loss of life and losing everything save for the clothes on their backs, the Christians have not given up their hope or their faith.

But he added something for all Christians to hold in our hearts. “While it is true,” he said, “that our numbers are small, the apostles were much smaller.”

At one point in Of Gods and Men, one of the monks is asked: “Why be martyrs? For God? To be heroes? To prove we’re the best?” His answer is one we all should give. “We’re martyrs out of love, out of fidelity,” he replies. “Remember that love is eternal hope. Love endures everything.” Let us cherish the memory of the martyrs and all those who endure suffering in Jesus’ name and who love with the hope we hear on Easter Sunday in the Sequence Victimae Paschali Laudes: “Christ, indeed, from death is risen, our new life obtaining. Have mercy, victor King, ever reigning!”

Few of us will die by bloody martyrdom, but we may be challenged by criticism, mockery and mounting prejudice in today’s culture. We can emulate the heroic example of the martyrs — in Mosul and the Nineveh Plain, on a beach in Libya and in Algeria — and speak out for the faith in our own daily lives and most so at Easter. May we declare proudly wherever we are the same words proclaimed for 2,000 years in Jerusalem: Christos Anesti! Alithos Anesti! — “Christ is Risen! Indeed, He Is Risen!” 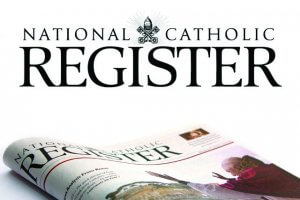