The program started with a panel discussion at the Economic and Social Council (ECOSOC) Chamber of the United Nations sponsored by the Permanent Observer Mission of the Holy See to the UN.

IDC Board Member Dr. Thomas Farr, director of the Religious Freedom Project at the Berkley Center for Religion, Peace, and World Affairs at Georgetown University, spoke on the first panel about protecting victims of persecution and fostering religious freedom worldwide. Dr. Farr, recipient of IDC’s 2015 Lifetime Achievement Award for his tireless work in human rights, spoke about worst humanitarian crisis since World War II that is currently unfolding in the Middle East.

He described the dire conditions of the Christians and other religious minorities who remain in Iraq and Syria, unable to work, provide for their families, and suffering the debilitating effects of uncertainty about the future.

“Those of us with the resources and capacity must do something. Think of this as a field hospital, we must act to ensure the patient has a way to live,” Dr. Farr said. He added “the stakes involve the very survival of Christianity and pluralism in Iraq and Syria. To ensure their survival, the international community must consider the establishment of an autonomous, multi-religious, multi-cultural and multi-ethnic safe zone.” He said that such a zone would provide a haven to minorities who are not settled or safe, and if successful would provide a model of pluralism for the region. 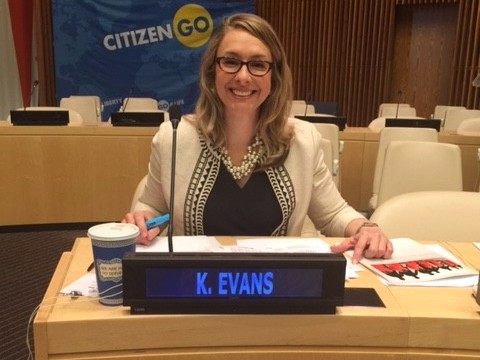 IDC Executive Director Kirsten Evans chaired the third panel on Christian and Yazidi women and girls; sexual victims of crimes against humanity. A 15-year-old Yazidi girl, who was in ISIS captivity for 6 months, shared her story.  Samia was just 13 years old when she was in captivity. “They raped and violated me and the girls who were with me,” Samia said. “During the 6 months in captivity, I saw horrible things happen to me and the other children. They raped girls as young as 7 and 8 years of age. Their mothers were killed because they were older. “ 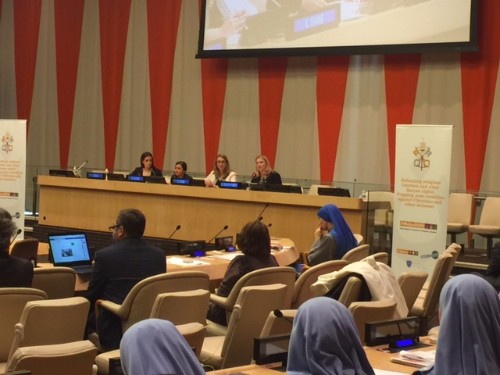 Genocide scholar Dr. Elisa von Jowden-Forgey of Stockton University offered an in-depth consideration of the particular brutality of sexual violence as a weapon of genocide.  Beyond the physical and psychological abuse of its victims, it drives at the humiliation, subjugation, the severance of core social bonds, and the destruction of the lineage of posterity of an entire ethnic community.

Papal Nuncio to the United Nations Archbishop Bernardito Auza concluded Thursday morning’s session with the words of Pope Francis: “I continue to urge the international community to address (the) needs and those of other suffering minorities, above all by promoting peace through negotiation and diplomacy, for the sake of stemming and stopping as soon as possible the violence which has already caused so much harm… How much longer must the Middle East suffer from the lack of peace? We must not resign ourselves to conflicts as if change were not possible… May those forced to leave their lands be able to return and to live in dignity and security. May humanitarian aid increase and always have as its central concern the good of each individual and each country, respecting their identity and without any other agendas. May the entire Church and the international community become ever more conscious of the importance of your presence in the region.”

“Two weeks ago my staff and I had the privilege to travel to Lebanon and Iraq and visit with the diverse communities displaced by ISIS.  We spoke with religious leaders and political leaders advocating on their behalf, all of whom asked the same things for the Christian communities struggling to survive:  aid and protection.  And they all spoke of the same hope: the hope of one day going home. We walked the refugee camps in Erbil and spoke with the individuals living there. We saw with our own eyes the dire and impossible situation in which they find themselves. We witnessed their strength and we witnessed their suffering.”

Baaklini continued, “IDC looks forward to working increasingly with international partners toward the goals of relieving the immediate suffering of these communities while crafting long-term solutions so that Christians can once again live in peace, prosperity, harmony, and integration in their native homelands.”  Baaklini highlighted IDC’s commitment to galvanizing the international community toward the establishment of a protected zone for Christians in Iraq, and IDC’s concern over the absence of Christian representative’s in the Syrian peace talks. 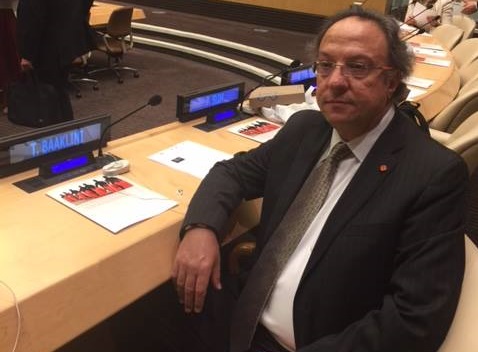 IDC Haven Project Manager Stephen Hollingshead moderated an afternoon panel on “Religious persecution: the voice of the victims.”  He conversed at length with Samia Selman, Yazidi escapee of the ISIS sex-slave trade, and Carl and Marsha Mueller, parents of Kayla Mueller, a young aid worker and ISIS hostage killed in Syria.  The Muellers spoke of the tragic loss of their daughter at the hands of ISIS leader Abubaker Al-Bagdadi, her captor.  Before her death at the hands of ISIS, she smuggled letters out of captivity to her parents filled with descriptions of her situation in captivity, her humiliation, abuse and suffering, but also words of hope, consolation, and encouragement to her family back at home. 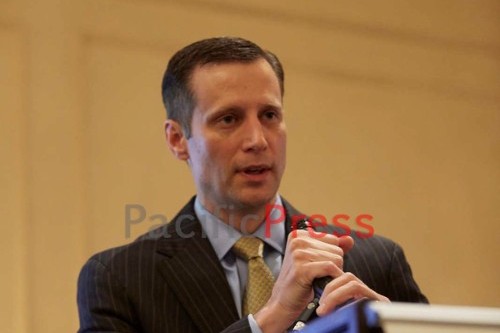 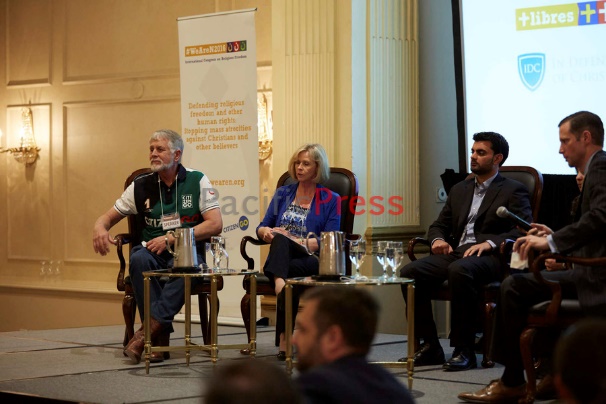 Eisham Asiq and Masih Asiq, daughter and husband of Asia Bibi, a Christian woman currently awaiting the death penalty in Pakistan for blasphemy, and Jospeh Fadelle, Iraqi writer who converted to Christianity from Islam, shared their experiences of religious persecution for their faith. Nina Shea, Director of the Religious Freedom at the Hudson Institute, led the conversation.  The Asiq family told the story of Asia, who after having a simple quarrel over taking turns at a local water well, was falsely accused of blasphemy by her neighbor, taken to court, denied the right to defend herself, and sentenced to death.  Such stories in Pakistan are not uncommon, as it has some of the world’s strictest blasphemy laws.

Further testimonies about the day-to-day lives, needs, challenges, and on-going persecution of the Christian communities in Iraq, Syria, and Nigeria were offered by various members living and serving within those communities, including: Archbishop Jean Clement Jeanbart of the Melkite Catholic Church; Bishop Joseph Danlami Bagobiri of Kafanchan, Nigeria; Sister Maria de Guadalupe and Father Rodrigo Miranda, both missionaries in Syria; and Father Douglas Bazi, Chaldean priest from Erbil, Iraq.

Drew Bowling, Communications and Policy Advisor to US Congressman Jeff Fortenberry (R-NE), offered a message on behalf of the congressman, highlighting the significance of the recent U.S. genocide designation for religious minorities under ISIS and the urgency that the international community respond with a protected safe zone in the Nineveh Plain to defend these imperiled communities.

For more information on the event visit www.wearen.org 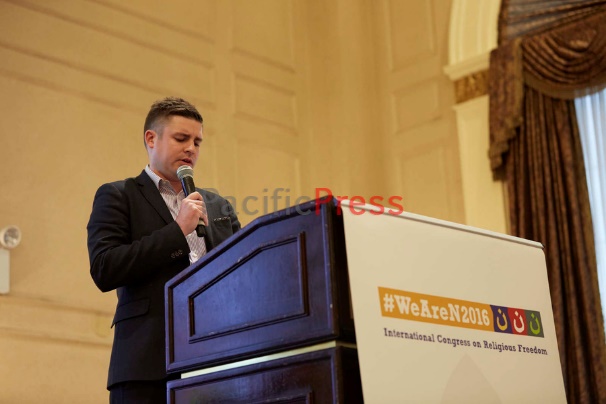 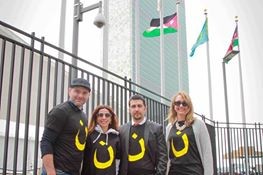