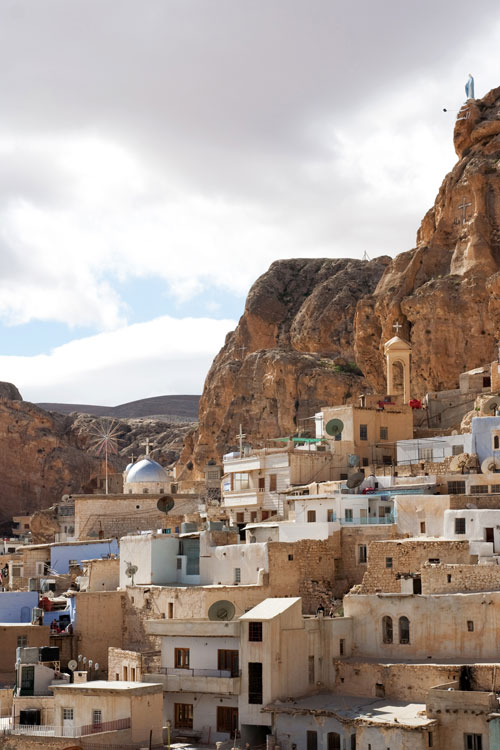 Christians have lived in Syria since the first century and its Christians – Greek Orthodox, Melkite, Syriac Orthodox, Chaldean, Assyrian Church of the East, Evangelical, and others – numbered more than 10 percent of the population prior to Syria’s civil war. It now estimated that Christians are 8 percent of the population, most living in government-controlled territories around Damascus, Aleppo, Homs, Hama, Latakia and the Hasakeh Governorate in northeastern Syria. Christians continue to be very vulnerable in Syria, as the pawns of an oppressive regime that has committed crimes against humanity and as targets for violent extremists and genocidal terrorist organizations such as ISIS.

ISIS has killed and kidnapped Christians in Syria and destroyed or shuttered all churches in its territories.  Most rebel factions are also Islamist terrorists in nature and aim.  There are reports of violent extremists attacking and kidnapping Christian laity and clergy, including the 2013 kidnapping of two Orthodox Archbishops.  In response, many Christians try to maintain a low profile, adopting Muslim customs and avoiding Christian religious institutions.

Some Christians, particularly those in northeastern Syria, have joined defense forces supported by the U.S.-led coalition to fight ISIS and other violent extremists. Christians there have also played a role in the creation of self-governing democratic zones that promote equal rights.

In order to protect and preserve the ancient Christian community in Syria, the U.S. government, at the highest levels, should continue to emphasize the importance of their presence in Syria and in the region.