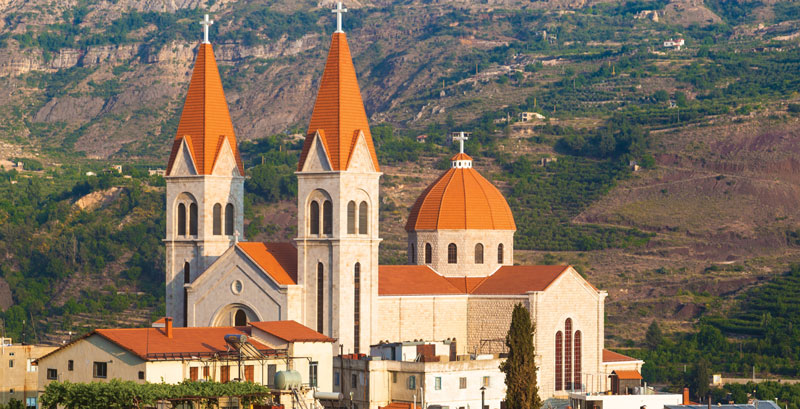 Lebanon has the largest percentage of Christians of all the nations in the Middle East. Estimates suggest that more than one-third of Lebanon’s population is Christian – Maronite, Greek Orthodox, Melkite, Evangelical, Roman Catholic, Syriac Orthodox, Syriac Catholic, Assyrian and Armenian. Half of Lebanon’s members of Parliament are Christian.

Lebanon also has a unique parliamentary democracy that reflects its rich ethnic and religious diversity. Since the end of Syria’s occupation of Lebanon in 2005, Lebanon has emerged as a beacon of pluralism in the Middle East, a nation where Christians, Muslims, Druze, and others generally live in peace, despite internal and external threats.

Lebanon has borne the largest share of the crisis created by Syria’s civil war. Lebanon is hosting more refugees proportionally than any country in the world—the people of Lebanon have shown great generosity in receiving more than 1,500,000 refugees from Syria, even as Lebanon struggles to accommodate a refugee population equal to nearly a half of its native population, resulting in exorbitant pressure on Lebanon’s resources.

Despite this, Lebanon has not only taken in these refugees during a time of political uncertainty, but has accomplished a smooth transition to a new government through a democratic election, protected the multi-party system, and worked to maintain a fragile infrastructure system to support the growing population. Lebanon has the highest percentage of Christians in the Middle East, and is a unique multi-confessional society and a model of pluralism in the region. Lebanon suffered from a brutal civil war in the 1980s that tore the country apart along religious lines and risks descending into sectarian chaos as a result of the Syrian refugee crisis, which would be to the detriment of U.S. interests in the Middle East.

Ending the Syrian conflict, which has claimed hundreds of thousands of lives and displaced millions, should be a foreign policy priority for the United States, and the establishment of safe zones would be an important step in that direction. These safe zones would protect Syria’s vulnerable civilian populations, particularly Syria’s Sunni Muslims, and prevent them from having to leave their country and live as refugees. The impoverishment and suffering of this community also risks further radicalization within Lebanon and destabilizing the country’s system of governance.