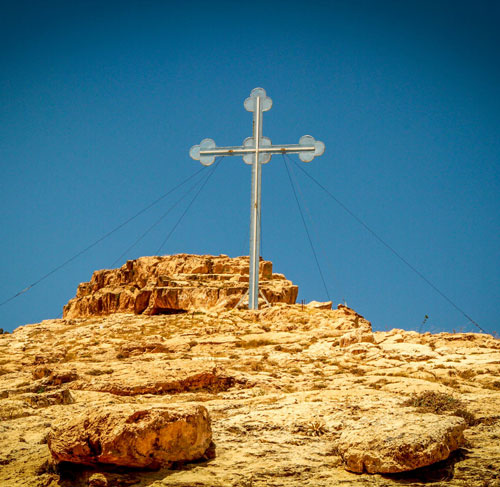 Iraq is home to one of the oldest Christian communities in the world. Iraq’s Christians are ethnically and religiously diverse. Denominations include Armenian Catholics and Orthodox, members of the Assyrian Church of the East, Assyrian Orthodox, Chaldean Catholics, Evangelicals, Protestants, and Syriac Catholics and Orthodox; they speak different dialects of Aramaic and Armenian, practice unique Christian traditions, and possess distinct ethnic and cultural identities.

Prior to 2003, Iraq’s Christians constituted one of the largest minorities in Iraq, numbering approximately 1.5 million. By 2014, an estimated two-thirds had fled or been forced out of Iraq, fleeing the sectarian violence that has been rampant since 2003. In 2014, the Islamic State in Iraq and Syria (ISIS) swept across northern Iraq, including the Nineveh Plain, the heartland of Christianity in Iraq.

On March 14, 2016, the U.S. House of Representatives voted unanimously “that the atrocities perpetrated by ISIL against religious and ethnic minorities in Iraq and Syria include war crimes, crimes against humanity, and genocide.”  On March 17, Secretary of State John Kerry found that ISIS “is responsible for genocide against groups in areas under its control, including Yazidis, Christians, and Shia Muslims. Daesh is genocidal by self-proclamation, by ideology, and by actions — in what it says, what it believes, and what it does.”

In order to protect and preserve Iraq’s ancient ethnic and religious minority communities, the U.S. government must emphasize the importance of their presence in Iraqi civil society as a whole and in the Nineveh Plain region, in particular.

ISIS has been pushed back and much of the territory previously occupied by ISIS has been liberated, but the genocide continues.  Many of the indigenous religious and ethnic communities targeted by ISIS are still unable to return to their homes – and many, nearly three years later, are still not receiving U.S. aid.  Before peace and reconciliation efforts can begin, the victims of genocide must be able to return safely to their homes.

The United States and the international community must take swift action to secure, stabilize, and economically revitalize these communities, as part of a larger effort to stabilize Iraq; to identify and punish those who aided and abetted ISIS in its campaign of genocide and terror; and to appoint to key positions qualified persons who will pursue these and related humanitarian and national security priorities.