While the Egyptian Constitution states that freedom of belief is “absolute,” many laws continue to actively discriminate against Christians and Islam is the state religion.

In 2013, Egypt’s Christian community suffered the worst violence in perhaps a thousand years. President Fattah El-Sisi promised to rebuild churches destroyed during the violence. According to the Egyptian government, most of the churches destroyed have been rebuilt.

President’s Sisi’s attendance at the Coptic Christian Christmas Eve Mass in 2015–the first time an Egyptian leader had attended–was an important symbolic show of unity with the country’s Christian community. While there have been some improvements in the treatment of Christians in Egypt, serious challenges remain for them.

Christians continue to be directly targeted by ISIS, Al Qaeda, and its affiliates. They do not feel protected in the Sinai region of Egypt, where dozens were recently killed and hundreds were forced to flee from the violence. Violent attacks against Copts, particularly in Upper Egypt, have been condemned by the Egyptian government, but little has been done to protect people or places of worship. Furthermore, perpetrators of these sectarian crimes are rarely punished.  Instead, local authorities conduct “customary reconciliation” sessions between Muslims and Christians.  These reconciliation sessions do not result in punishment and Christians are often dissuaded from taking legal action.

Although the churches destroyed by the violence of 2013 have reportedly all been rebuilt, Christians continue to face restrictions on building new churches. Egyptian Christians must still receive governmental approval even to repair or rebuild churches. The parliament has also yet to implement a provision in the 2014 constitution mandating the establishment of an independent anti-discrimination commission, the jurisdiction of which would include discrimination on the basis of religion or belief.

Egypt has been the largest annual recipient of foreign and military aid from U.S. taxpayers for decades. The United States has given billions of dollars in foreign and military assistance to the government of Egypt—approximately 6 billion dollars between 2011 to 2015—and should be ensuring that Christians in Egypt can live free of persecution and discrimination.

In order to protect and preserve Christianity in Egypt, the U.S. government, at the highest levels, should continue to emphasize the importance of their presence in Egypt and in the region. 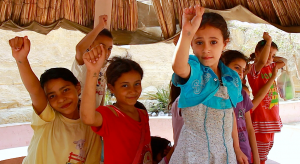