IDC’s upcoming Summit (October 24-26) will focus on how to protect and preserve Christian communities in a rapidly changing landscape after the defeat of ISIS.

Aid is urgently needed for reconstruction in Iraq; the U.S. should continue to support Christian units in the Syrian Democratic Forces (SDF); and America must maintain a strong alliance with the Lebanese Armed Forces (LAF) to resist terrorists and regional powers. 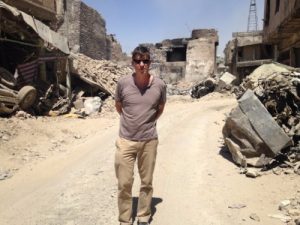 IDC Vice President and Senior Policy Adviser Andrew Doran, Mosul’s Old City, July 2017.  The churches of Mosul are largely destroyed.  It’s doubtful the city’s Christians will ever return after being betrayed by their neighbors. 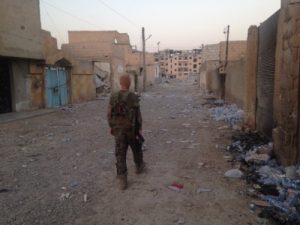 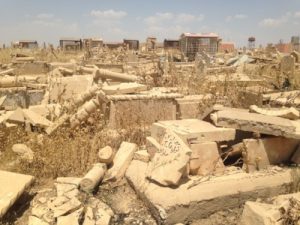 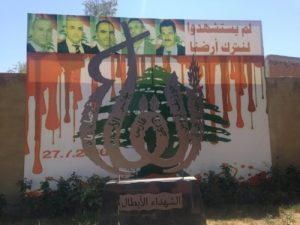 The monument in Qaa to the five Christians killed in the ISIS attack of June 2016.

IDC Chapters Activities
On July 31, Greater-New York Chapter Chair Julien Chemali, Vice Chair Hagar Chemali and Member Anna Sargeantson met with Congressman Jim Himes (CT-4th) to discuss the Security and Stability of Lebanon. This was the Congressman’s second meeting with the New York chapter after speaking at a February screening of Our Last Stand in Greenwich, CT. 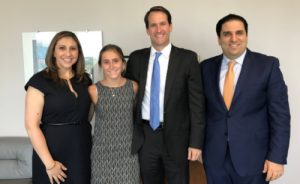 In July, IDC National Outreach Associate Steven Howard was present at the 53rd Biennial Antiochian Archdiocese Convention in Miami, FL to speak with priests and active parishioners in the Antiochian Orthodox Church about the activism IDC’s chapters engage in. 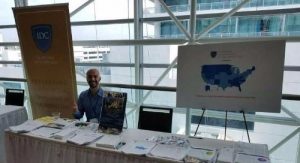 Steven Howard at IDC’s booth at the convention! 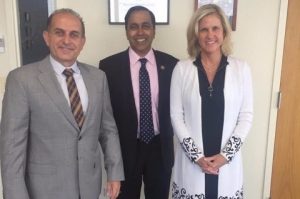 Over the July 4th weekend, IDC was present at the 54th Annual National Apostolate of Maronites Convention in Greenville, South Carolina. 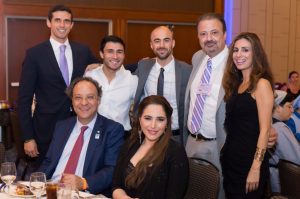 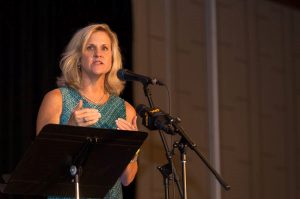 If you haven’t registered for our 2017 summit yet, don’t forget to do so NOW! Click HERE to register for #IDCsummit2017.

You can also book your hotel here!

IDC in the News
The Hill, August 4, Kurds, Iraqi Christians want democracy for themselves
Op-Ed by IDC Vice President and Senior Policy Adviser Andrew Doran.
“The U.S. government’s track record of distinguishing allies from enemies in the Middle East leaves much to be desired. Today’s ally is often tomorrow’s enemy.”

The National Review, August 1, From Raqqa, with a Christian Unit on the Front Lines of the Caliphate War
An Op-Ed by IDC Vice President and Senior Policy Adviser Andrew Doran.

Former Secretary of State John Kerry declared publicly in March 2016 that ISIS was carrying out a “genocide” after In Defense of Christians and Knights of Columbus produced a 280-page report highlighting the persecution faced by Christians at the hands of Islamic State.

Newsweek, July 21, Israel and Lebanon: A Path to Peace, Led by Trump An Op-Ed by IDC Executive Director Philippe Nassif and Executive Director of the Philos Project, Robert Nicholson about the new tensions between Lebanon and Israel.

Philippe Nassif, Executive Director for In Defense of Christians, told OSV, “The safety [level] of Christians in Iraq is one of extreme danger.” Despite the recent setbacks for ISIS, he said, Christians are still at risk.

National Review, July 14, Bulletin from Mosul — the Mission Is Still Far from Accomplished

NPR, July 8, After Fleeing Persecution, U.S. Christian Refugees Now Face Deportation “these were people fearing for their lives and fleeing countries that were extremely hostile to whom and what they worship,” said IDC Executive Director Philippe Nassif.