Robert A. Destro, Assistant Secretary in the Bureau of Democracy, Human Rights, and Labor at the U.S. Department of State Formerly on the Board of Advisors 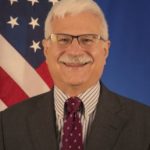 Robert Destro serves as Assistant Secretary for the Bureau of Democracy, Human Rights, and Labor (DRL).  He has a long history as a human rights advocate and civil rights attorney with expertise in elections, employment, and constitutional law.  Destro has served on the faculty at Catholic University’s Columbus School of Law since 1982 and served as its interim dean from 1999 to 2001.  He was founding director of the Interdisciplinary Program in Law and Religion and served as the Director of the Institute for Policy Research and Catholic Studies from June 2017 to September 2019.  He served as a commissioner on the U.S. Commission on Civil Rights from 1983-1989.  His legal work includes collaboration with the Peace Research Institute Oslo in a fifteen-year dialogue among Muslim, Christian, and Jewish leaders in the legal, business, and religious fields in the United States and the Middle East as well as efforts promoting the release of political prisoners and prisoners of conscience in the Middle East.  He has served as voting rights counsel for the Ohio Secretary of State and has advocated for the first amendment rights of individuals and organizations. He earned a B.A. from Miami University, Ohio, and a J.D. from the University of California at Berkeley.  He is an active member of the Bar in Ohio and California.

Kirsten Evans, Director of the Center for Faith and Opportunity Initiatives at the United States Agency for International Development (USAID) Former Executive Director 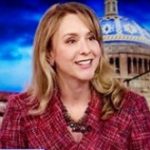 Before serving as Director of the Center for Faith and Opportunity Initiatives and acting as the senior advisor to USAID Administrator Mark Green on global engagement of the faith-based community, Kirsten Evans was the Chief Operating Officer of Educando by Worldfund, a non-profit organization utilizing public-private partnerships for innovative leadership and professional training of public school sector educators in Mexico and Brazil, a region where she had gained several years of experience leading faith-based education and service institutions early on in her career.  From 2014 to 2016, Ms. Evans served as the Executive Director of IDC, where she shaped US foreign policy recognizing Christians, Yazidis, and other religious minorities as victims of genocide under ISIS. In this role she engaged domestic and international media, policy makers, and civil society advocates on human rights issues particular to religious and ethnic minorities.  Previously, Ms. Evans represented the United States Conference of Catholic Bishops in its ongoing relationship with national Muslim, Jewish, Sikh, Orthodox and Christian communities, including joint service collaborations, public policy analysis and advocacy, and inter-religious theological dialogue. Ms. Evans holds a Masters degree from the Johns Hopkins School of Advanced International Studies (SAIS), with a focus on the role of religious actors in global affairs and development. She also holds a Masters degree in Religious Sciences from the Regina Apostolorum Pontifical University in Rome, Italy, and a specialization in International Human Rights Law from the University of Oxford. 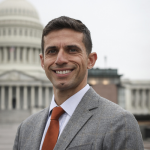 Before serving as Advocacy Director for the Middle East and North Africa at Amnesty International USA, Philippe worked as the Executive Director at IDC. Before that, he worked at the poverty fighting organization CARE USA, the Obama Presidential Campaign, The White House as part of President Barack Obama’s advance team, and for the Mayor of Houston, Texas. Philippe received his M.A. in International Conflict Resolution from St. Mary’s University in San Antonio, TX and his B.A in International Relations from the University of St Thomas in Houston, TX. 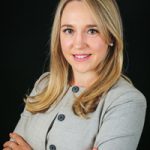 Before serving as the Director of Government Relations for the Victims of Communism Memorial Foundation, Kristina Olney helped found and directed the advocacy efforts of IDC. She also helped lead the government relations programs of the Foreign Policy Initiative, a foreign policy think tank dedicated to advancing American leadership abroad. Kristina served for two years on Capitol Hill at the U.S. Commission on International Religious Freedom and as a Fellow on the House Foreign Affairs Committee for Congressman Chris Smith (R-NJ). She is an alumna of The Heritage Foundation's Marshall Fellows Program and of the John Jay Institute for Faith, Society, and Law. She completed her B.A. in International Relations at the Australian National University and her M.A. in International Economic Relations at American University. Her articles have appeared in publications including The Hill, First Things and National Review. 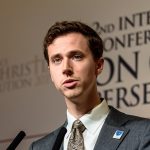 Before serving with Ambassador-at-large for International Religious Freedom Sam Brownback at the State Department, Peter Burns served as the Government Relations and Policy Director at IDC. He coordinated Congressional advocacy and U.S. government engagement for IDC. He formerly worked as the policy analyst for Kansas Gov. Sam Brownback. He studied political science at Southern Illinois University Edwardsville, where he was an active student advocate, founding the College Republican chapter and working as campus director for the Bruce Rauner Campaign for Governor. In 2015 he took a job with Marco Rubio’s presidential campaign and transferred to finish online at Thomas Edison State University. Peter worked as operations manager for The Forge Leadership Network, coordinating their yearly conference and managing the organization’s programming and outreach. He is a Philos Fellow and opinion writer for the Washington Examiner and The Region. 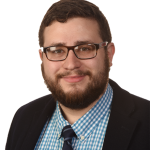 Before serving as a program specialist in Erbil, Iraq, where he works on social cohesion and community reconciliation in Iraq’s Ninewa province, Yousif Kalian worked as a Policy and Communications Associate with IDC. Before that, he was a research assistant for the Arab politics program at the Washington Institute for Near East Policy. He holds a bachelor’s in politics from the Catholic University of America, and his writing has been published on numerous issues related to the Middle East, Iraq, and Iraqi minorities.

Steven Howard, Director of Policy and Outreach at the American Task Force on Lebanon FORMER ADVOCACY AND NATIONAL OUTREACH DIRECTOR 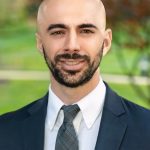 Before serving as the Director of Policy and Outreach at the American Task Force on Lebanon, Steven Howard served as the Advocacy and National Outreach Director at IDC. He coordinated advocacy with Congress and the Administration, contributed to the building of IDC's coalition of the Middle Eastern Christian diaspora, and crafted much of IDC's communications and policy recommendations . He formerly worked as a Youth Asset Builder with the Peace Corps in Morocco. He has an MA in Human Rights from the Catholic University of America and a BA in Political Science from Azusa Pacific University. His ghost-written articles have appeared in various outlets and he has been published in outlets such as America Magazine, The Hill and The National Interest. He lives in the Washington, DC area with his wife.